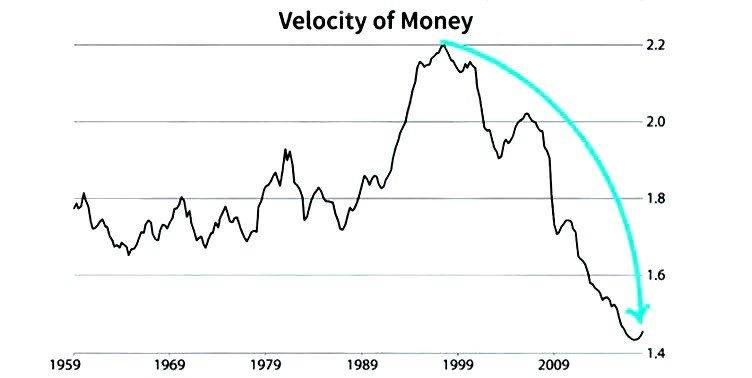 We have recently referred to The Velocity of Money in a number of posts. For those of you not familiar with the concept here is a excerpt from my Book The Crime of the Century, long awaited but soon to be published by The Endless Bookcase

The Velocity of money

The Velocity of money is the ratio of GDP to the nominal supply of money. That is to say it looks at the amount of cash in the economy and compares it to the size of the economy, so we can compare one country to another.

As you can see, since 1998 the Velocity of money has dropped by 1/3. The economy is stagnating. (This is a US Graph, but it illustrates the point)

So why not just print more money. This is what they did in so called Quantitative Easing QE, they just turned on the printers. That is the blip at the end of the arrow. The problem with this is that it reduces the value of the dollar. That is to say the $ in your savings account becomes worth less, its purchasing power is reduced because the price of things goes up. This in Inflation. So, After the war the Gold standard was introduced in Bretton Woods. This fixed the value of a currency to the amount of gold you held. If your Gold reserves were worth S1 Billion and you had 1 billion $1 bills in circulation, they were worth $1 each. If you have 2 billion $1 notes in circulation, they were worth 50 cents. And $10 would only buy you ½ a sandwich.

(The other side to this is that in Post Corona land, is where will the inflation come from and when? Not any time soon.) 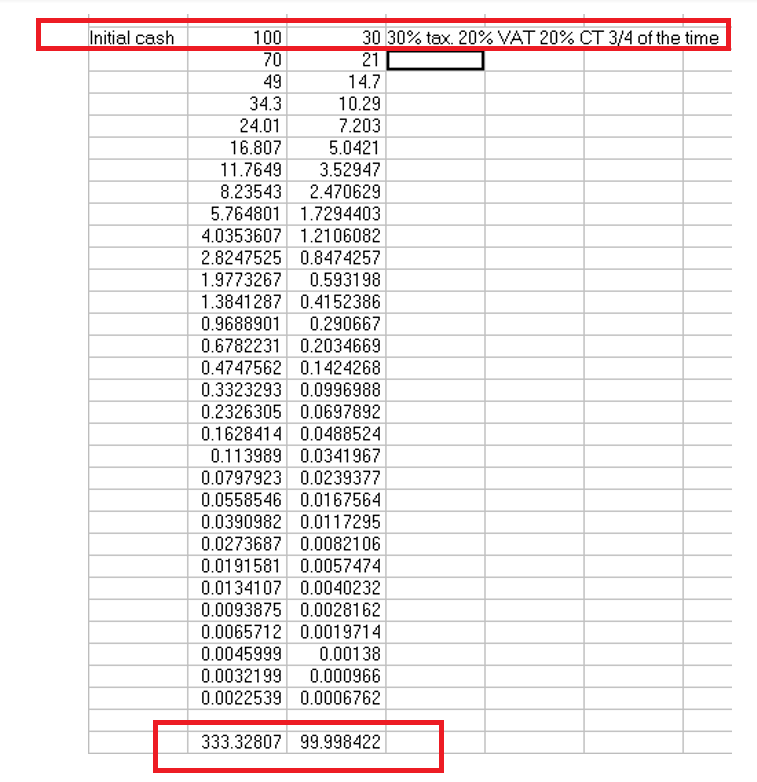