In an Asset Match survey, 49 per cent of UK consumers said they believe entrepreneurs will be the champions of the post-Brexit economy – a figure that rose to 55 per cent in London. 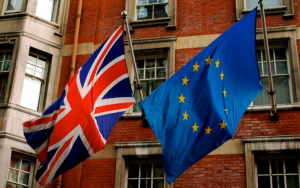 I saw the article below on SMEweb.com, and have reproduced it, with their permission verbatim.

It is very reassuring to know that the British people stand firmly behind this opportunity to trade freely with the whole world unencumbered by the constraints of Europe, and those that seek to earn a living from bureaucracy. It does seem that there are two camps, those who get up in the morning and seek to create value and opportunities delivering income for themselves and the people around them, and those to seek to earn a living from the taxation paid by the creaters of value.

So we have British firms (Those without Public Sector Monopolies), their staff and their customers on the side of trading with the world and reducing debt, that really should be enough, so lets ensure that those people who do not generate wealth, the Public sector, the BBC, the politicians don’t sell us and our children down the river in the name of their own self interest.

BBC Annual Salaries Chris Evans £2.2m Graham Norton £850k, John Humphrys £600k, Huw Edwards £550k, Vanessa Feltz £350k, and the man who helps musicians and makes us smile Jools Holland on a lowly £200k. How can a newsreader earn 25 times the national wage? These Self Styled Stars (Jools excepted) have failed to deliver education, information and entertainment for years, the education is minimal, the entertainment appeals to the lowest common denominator, and the information is so biased it beggars belief. The Licence fee is paid for Quality Entertainment, Unbiased and insightful Information, and aspirational Education. The BBC now fails to deliver any of the above, and the salaries show why. Time for an end of the licence fee, which has ceased to be in the national interest, and has become in the self interest of a few. It is I feel a gross breach of trust.

PS I have every sympathy with front line public sector staff who have not received a payrise, when their bosses have. Its the same thing.

PPS These are my personal thoughts and do not necessarily represent the views of the Chamber.

Please read the SMEweb article below

The public believe SMEs and start-ups will be the future of the British economy once the nation leaves the European Union, according to a new report.

In an Asset Match survey, 49 per cent of UK consumers said they believe entrepreneurs will be the champions of the post-Brexit economy – a figure that rose to 55 per cent in London.

Meanwhile, 53 per cent of consumers are optimistic that Brexit will present new opportunities for British businesses to expand overseas.

To help them on their way, half of UK adults say they will make a conscious effort to spend money with British companies now that Brexit negotiations are underway.

The survey revealed consumers are optimistic about Brexit’s effect on British business.

43 per cent said businesses will benefit more from Brexit than anyone else, while more than a third said scaling businesses will receive the biggest boost in the private sector.

“The data has revealed that society deems leaving the EU to be a Brexit for business, with the majority confident in the path Brexit will forge for private sector prosperity,” wrote the report’s authors, commenting on their findings.

“During this vital time of transition, it will come as welcome news for any British company or brand that their customer base is rallying behind them at a time when consumer support could not be more important…

“As Britain seeks new economic alliances and showcases some of the country’s leading disruptive industries to the world, scaling businesses can take solace knowing they are supported by a community of optimistic and buoyant consumers who are aware of the future opportunities and potential that lie on the horizon.”

For the full report, see the Asset Match website.