The UK Stimulus as a percentage of GDP is depressingly low. I guess the alternative view would be we didn’t borrow as much as the others, although maybe that means our recovery will be much slower.

We are at 17% GDP compared to Germany at 39% GDP, Italy at 37% and Japan at 56%. I don’t know if these numbers include lending to UK firms, but presumably we are comparing like with like. I think that a relevant question is one around support for our industries. I know that the German Government supported TUI right at the outset with EU 8 billion for the first six months. This at least gave some certainty, but does raise questions about unfair subsidies and government support. How prepared will UK firms be to bounce back when eventually, the opportunity arises? Very concerning to see British Airways re-furlowing staff who had just been asked back to work. 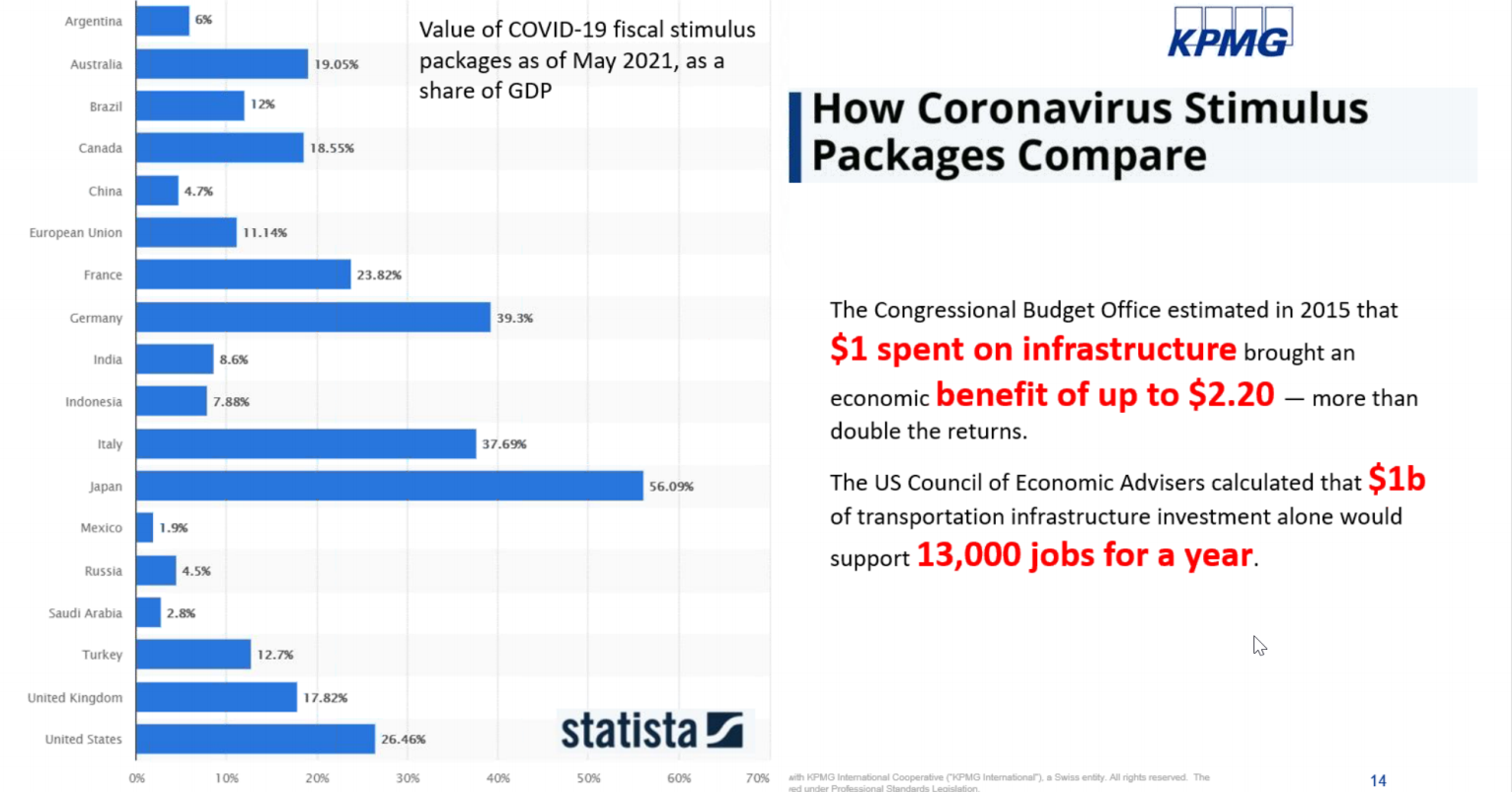 HOWEVER we are looking better on the Big Infrastructure projects.

This Graph shows Infrastructure spending against GDP per Capita. We are sitting Centre Top right.

This is probably in part HS2. The risk being cost overruns. 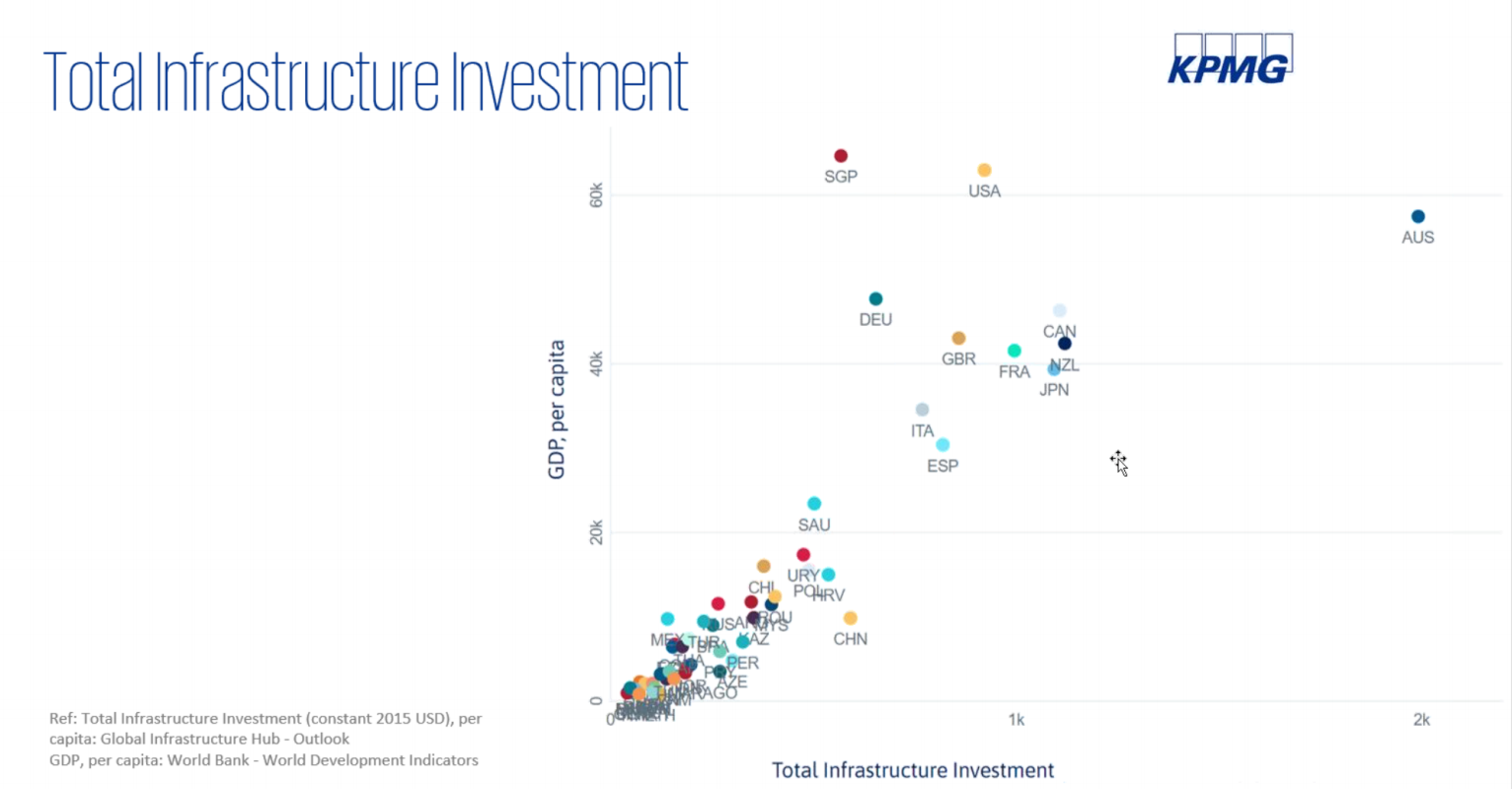 This morning I attended a Risk Management webinar on construction companies run by a very clever man at KPMG in Australia. Big bucks in Oil & Gas and Construction Risk, but managers still make huge mistakes. It turns out not enough technology is being used, and so they underestimate risk and try to pass it off via traditional methods such as using subcontractors and insurance. Both have a high cost and involve a chunk of risk as well  – the subby may go bust, and the insurers refuse to pay. This is where KPMG come in, as they have the knowledge and know-how to use the modelling kit to find a solution.