Our Shops, Jobs and Communities in the Council Firing Line.

Thanks to our campaign, Hatfield has hit the National Press this week because of the absurd increases in business rates. These increases are a consequence of the 400% rent increases the council imposed on local  businesses back in 2015.

We told them it would happen. We even had it on BBC Radio, to which they responded, and yet they knowingly went ahead.

Please CLICK HERE to see the Blog we ran at the time and hear the BBC Radio Broadcast, including the council’s response.

See Below the National Press Coverage that we obtained. Double Click to enlarge the Articles 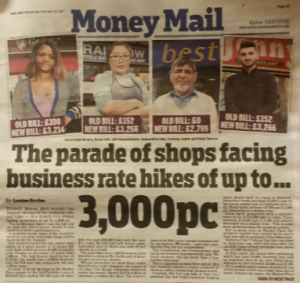 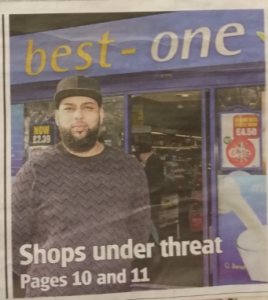 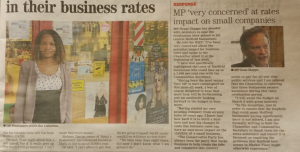 Thank you Grant Shapps for trying to put a stop to this home grown own goal created by a local Conservative party elected on a ticket of being Pro Business and Pro Jobs.

When, back in 2015, I asked John Dean what he was playing at his response was

Which pretty much tells you all you need to know, apart from – WHY would a Conservative Council behave in this way?

Incidentally those rent increases in 2015 were implemented in a truly unpleasant and bullying fashion.