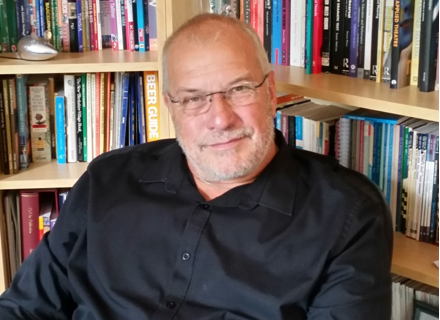 Prof. Kempe’s talk will provide interesting insights into our relationship with the US, with particular reference to the role played by the RAF at Greenham Common and our Nuclear Deterrent.

This is a Free Event. Provided by The ABF The Soldiers Charity.

Any donations would be gratefully received.CLICK HERE to donate

Andy Kempe is Emeritus Professor of Drama Education.
He taught in comprehensive schools for ten years before moving to the University of Reading’s Institute of Education. He has extensive experience of working in drama with pupils of all ages and has been providing training to Drama and English teachers throughout the UK and abroad for many years. He has written numerous articles and books covering a wide spectrum of issues in drama education. Some of his books have been standard texts in a great many schools. He is particularly interested in the use of drama in the education of children with special educational needs and also the teaching of history. Having recently retired from the university he still leads workshops and courses for children and adults but devotes a good deal of his time doing voluntary work for Greenham Control Tower where he is the director with responsibility for outreach and education which includes the programming exhibitions and talks.
Andy moved to Newbury in 1982 around the time the protests were starting at Greenham Common and has thus been able to trace the extraordinary changes that have taken place on the common over the year while delving into its long and fascinating history. His talks about the history of Greenham Common have been highly praised for their accessibility and humour.