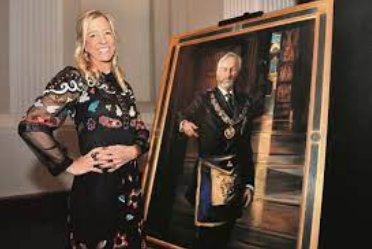 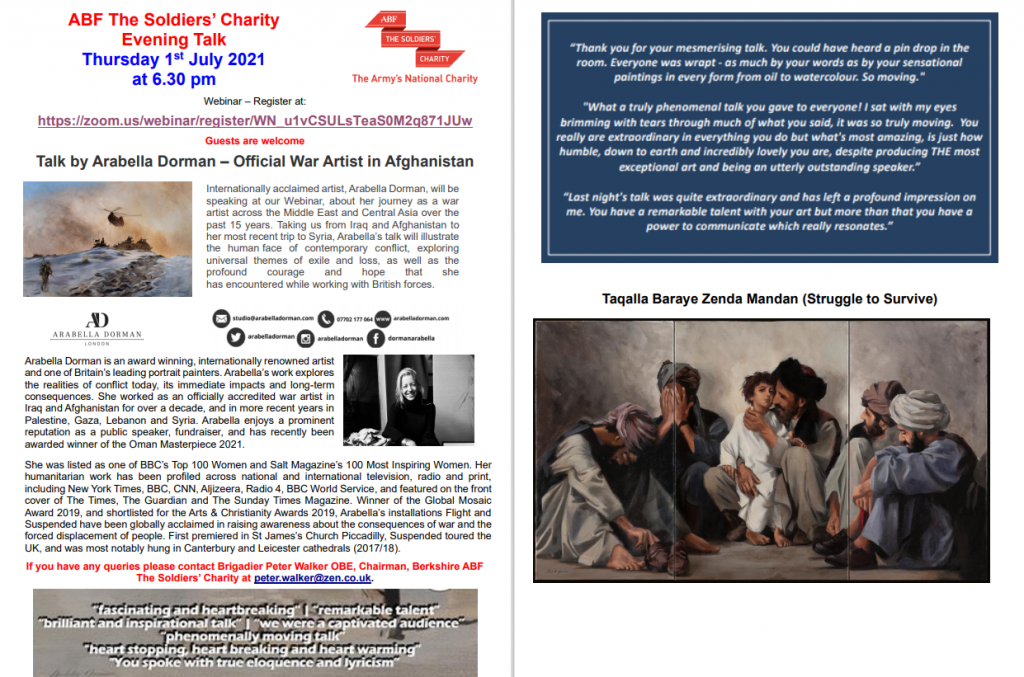 Arabella Dorman, renowned portait Artist, will be speaking, at our Webinar, about her experiences in Iraq and Afghanistan. In 2006 Arabella was Britain’s first official war artist to go to the front line in Iraq after being invited by Lt Gen Richard Shirreff, who had purchased one of her works. She started her time in Iraq with the Royal Green Jackets in Basra Palace, where she frequently came under enemy fire, then went to the desert near the Iranian border. She spent time with British forces in Afghanistan in 2009-2014. In 2009 she was embedded with 2nd Battalion, The Rifles in Sangin, Helmand, though she was not allowed to accompany soldiers on patrol, and in 2010 travelled within Afghanistan from her base in Kabul.

For details of the Webinar, please contact Brigadier Peter Walker on peter.walker@zen.co.uk

The event is Free of Charge. If you would like to make a Donation to the ABF The Soldiers’ Charity we would be most grateful CLICK HERE to Donate by Just Giving.