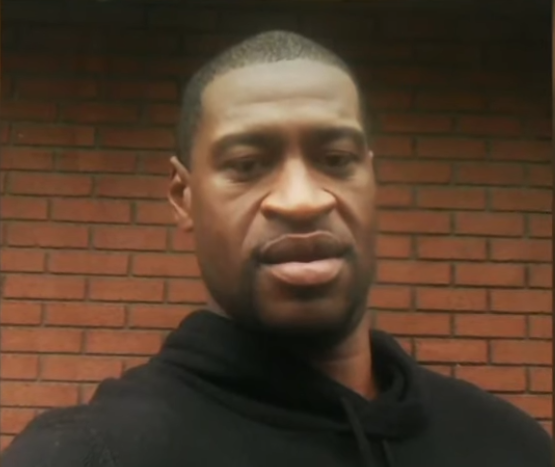 For the record, BLACK LIVES do MATTER. Watching a group of American Policemen, kneeling on George Floyd who is saying “I cannot breath”, and carrying on for nearly 10 minutes, until he was dead, is clearly wrong.  This is just the latest case in a long list.

What is clear is that the Police Officers involved felt “Entitled” to behave like this. This business of Public Sector entitlement, is a very worrying problem. It needs Addressing. How? By Acting Together. How? Take the first step, Speak to someone. Then Vote Accordingly.

But no-one is speaking out. What will be different tomorrow? How will our BAME communities, that bring so much, feel safe and that they belong? The young black male suicide rate in the UK is a disgrace.

WHAT CAN WE DO?

I was sent a letter, from a black lady, seeking understanding from the community as a whole. If I get her permisson I will publish it.

In it she says, yes of course all lives matter, but right now it’s the black community who know that their lives matter less. (To put it mildly)

“When a house in on fire, the firebrigade come and spray water on the flames. The neighbours don’t demand that they spray their houses as well – WHY? Because their houses are not on Fire”

It does not help when Senior Police Officers talk about a Robust response, it’s a given. It just sets fire to more houses in the minds of the people we are trying to help.

I call on our politicians to quote this example, and be clear that they will do something about it. Not more Reviews. No more Civil servants hiding it under a bucket, no more Home Office Windrush scandal under Amber Rudd.

The independent enquiry into the Home Office identified Institutionalised Racism. I now understand that the Equalities and Human Rights Commission, have announced a formal enquiry. (Curious Timing) I wonder how many people will get fired / prosecuted. It would be interesting to know how many of the 30,000 Home office employees said This is Wrong and resigned. What price integrity?

We need people getting together in the House of Lords, and talking about it. Not communty leaders with an agenda. We need to listen to Grass roots people from the community, acting in a transparent and quantifiable manner.

This is the type of work we undertook with West Midlands Police in Birmingham. Properly managed, PCSO’s are good at this. The Work we undertook is now an ACPO best practice case study on community engagement. Anyone who is interested feel free to email me on nick@welhatchamber.co.uk.

In my own small way I have added Black Lives Matter as a category on this website. So now it’s official !!!  Someone does give a damn.

Here are the Lyrics from Pink Floyd’s Wish you were here.

There is a message for George Floyd We Wish you were Here.

There is also a message for our Public Sector, those that Exclude us and feel Entitled to do so.

We wish that you were here, on our side.

It is after all what we elect and pay you for.

But it just ain’t so. – Mark Twain

Wish you were here

So, so you think you can tell Heaven from Hell,

Can you tell a green field from a cold steel rail?

A smile from a veil?

Do you think you can tell?

And did they get you to trade your heroes for ghosts?

Hot air for a cool breeze?

And did you exchange a walk on part in the war for a lead role in a cage?

How I wish, how I wish you were here.

Running over the same old ground.

What have you found? The same old fears.

Wish you were here.