The Bank of England released its figures today. They don’t look good. Their perspective is, as you might expect, a banking one. In summary they say,

In summary the Bank of England clearly says that we have the Banks to thank for the 2008 recession.

The bottom line is that we are on a knife edge. I have never seen such large Error Margins in BoE reporting. They don’t know what is going to happen. But they are putting a Brave face on it. Which is all we can do if we want to maintain our national Credit Rating – Which is important – It sets the price the BoE can borrow at on international markets. It is probably under threat.

They assume a best case scenario where

Given the reality that we are going to have to live with the virus now for years to come, because they did not stop the planes, so there is every possibility of a second strain, people with any sense will stay at home, and so businesses who were struggling before will not survive. I have to say I think that is optimistic. Stockdale Paradox and all that.

But see this BoE data

OK so we knew it but its still staggering to see the numbers.

So the BoE says

Consumer spending has tanked, so less tax revenue for the exchequer. It must be far more than a 10% drop. 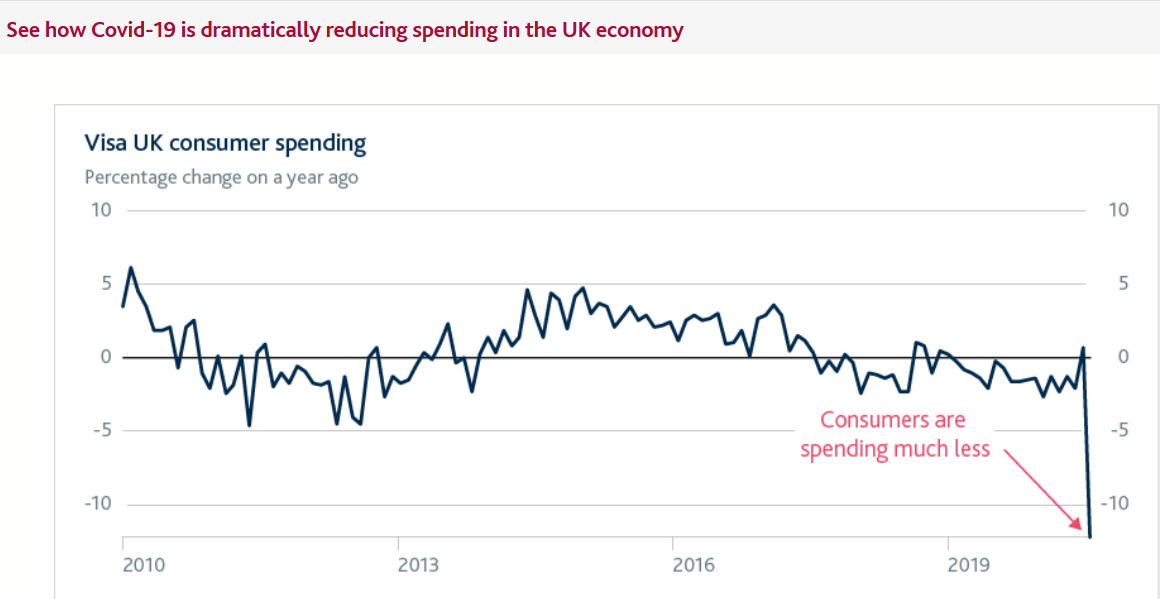 They are supporting the economy through low interest rates 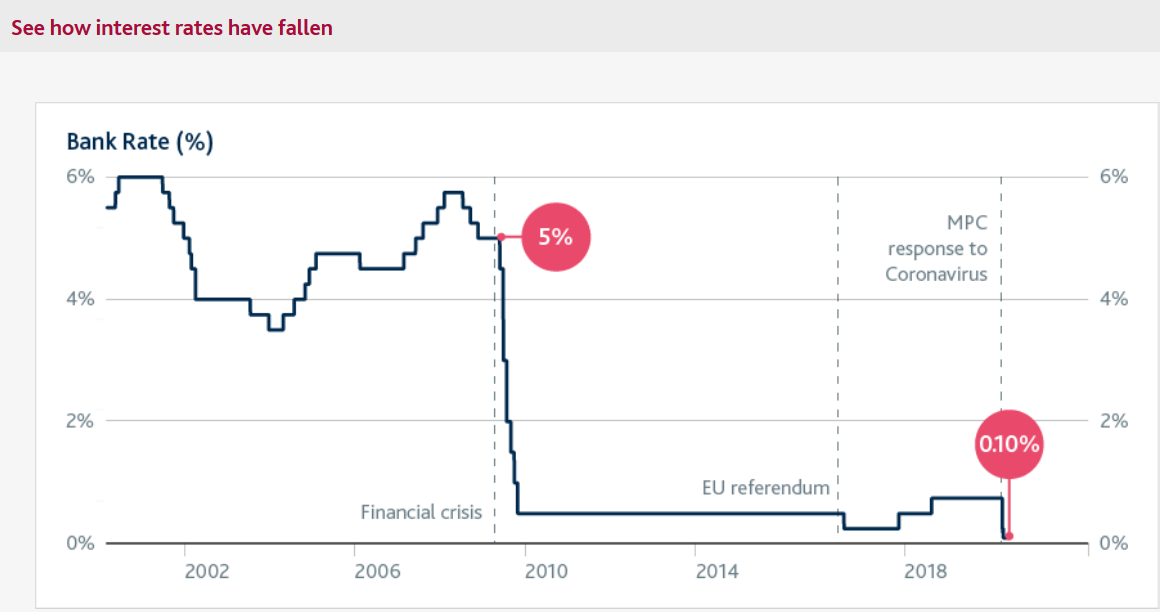 What this graph clearly shows is that we have not recovered from 2008.

Interest rates are basically used to keep economies under control. For the last 200 years the long term average for interest rates has been 5%. That is to say it has been natural for economies to grow and, left to their own devises, they grow out of control, resulting in price increases. This is inflation, and that undermines savers. Your money buys less each year. So to control that they increase interest rates which makes it more expensive for firms to borrow, and stops the economy overheating.

Since 2008 there has been no real Growth.

The question is Why? and What is the Solution?

Well to help me think that through I am writing a book about it called The Crime of the Century. Watch this space.

In the graph below the BoE says the Banks have no excuses for not lending. They have made £180 Billion available to the banks which is 3 times the total amount borrowed by firms last year. 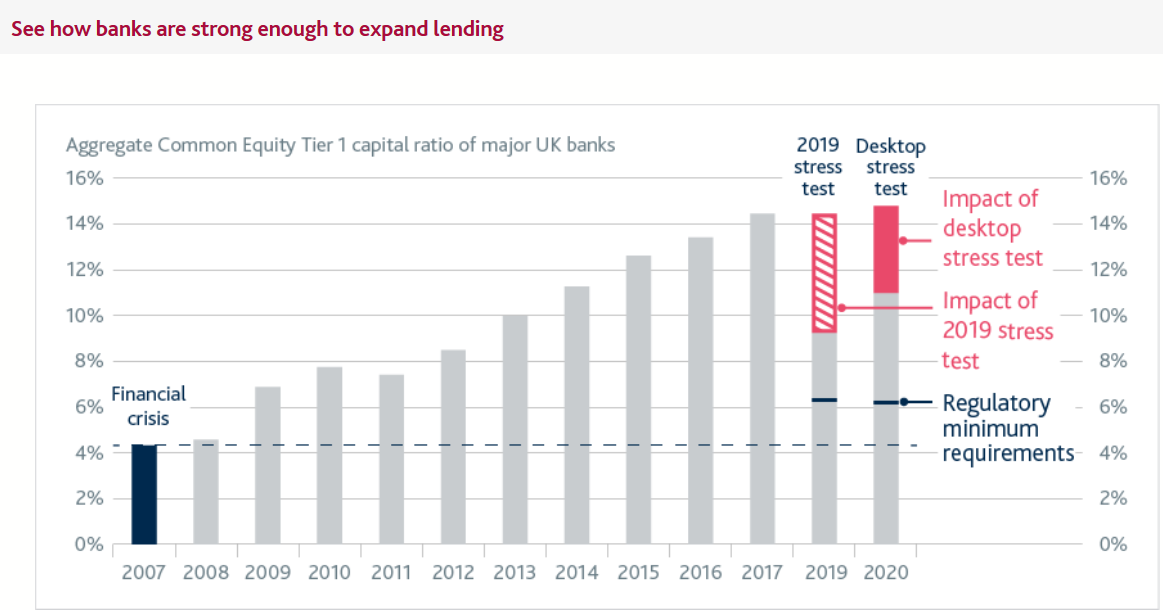 They say the banks are now easily strong enought to lend the money. They also say that it is in the banks interest, to lend to firms, basically because if they don’t, many firms will go under and their losses will be even higher.

There is of course one fundamental problem there, which is WHY should the Firms put themselves into debt to bail out incompetent governments?

The simple answer is that they should not.

We need a re-think on how we organise things, who takes the decisions, who defines the outputs and who implements the solutions. Because right now none of these are happening.