For what is happening to our economy in a post-Brexit world, look no further than the Bank of England slides below. 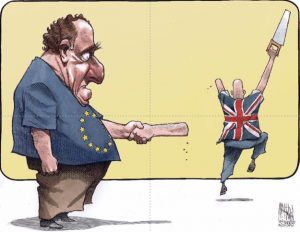 A Great Event. Our thanks to Alex Gollege and Grant Shapps for their insights and visions of the future.

In Summary, this is what is happening in our economy.

Interest rates are on the way up. 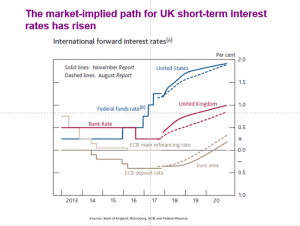 Unemployment at a 42 year low, and investment in business at a recent high. 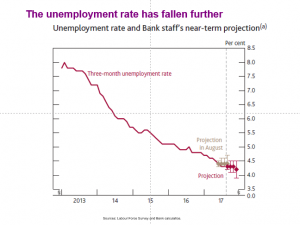 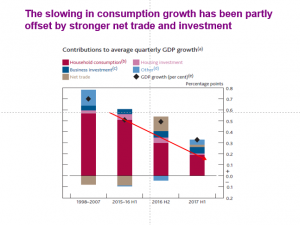 A bit of belt-tightening – No bad thing.

Investment in British businesses increasing since Brexit and most importantly net debt, the trade balance that controls our national debt, moving from being significantly overdrawn or in deficit to being in credit. This is the number that really matters. 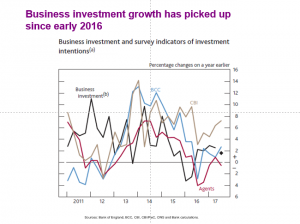 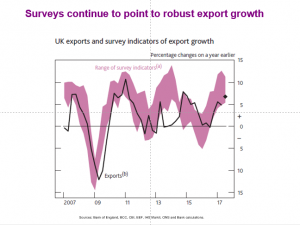 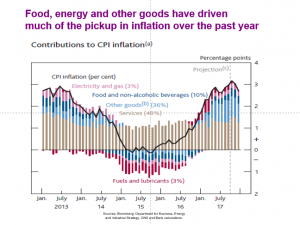 Which raises the question – What were the doom-mongers up to with their project fear projections?

I am writing a book on the subject, aimed mainly at understanding the underlying dynamics of how we have run up this staggering national debt figure (Pre Brexit) and how Brexit can help solve the problem if our young people learn how to avoid the mistakes of the past. 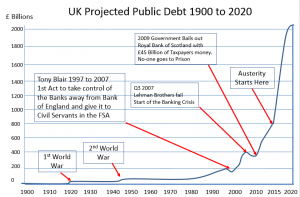 Fortunately British business has done what it does best, adapt and deal with uncertainty.

The clear message, from the event to Theresa May’s Government was, Get us out of the EU ASAP so we can trade with the rest of the world.

We had a vote on the question of when we should start to negotiate trade deals with the rest of the world, and the overwhelming response was NOW, and if the EU don’t like it move to WTO rules and let the EU come to us if they want access to our markets.

The clear message to May’s Government was:-

Get some backbone, stop being nice to the EU, and get on with it with or without them.

Because in that direction, as all business people know, lies the best solution for all, the EU included.

There will just be a bigger pie for everyone.

We see an opportunity for the UK to get involved in knowledge transfer across the world, under a licenced based structure.