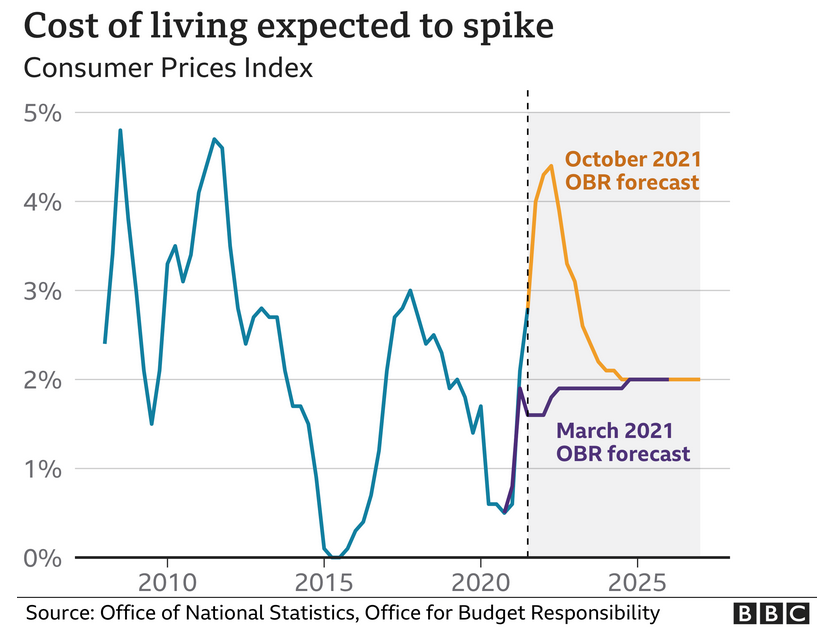 This was an informative budget, that tells us that what the Conservative Party say, and what they do, do not always align.

Rishi Sunack implies that he is reacting to the worst fiscal shock in 300 years. He forgets that this was entirely avoidable. (New Zealand deaths 28 – They stopped the planes. We did not) Further, rather than supporting business, as they claim, they have supported their revenue tax streams and put the businesses into debt with loans, whilst paying themselves full pay, to sit at home.

Herein lies the crux of the matter, we are spending money on the people who cause the problems and are taking it away from people who solve them.

Cost of living increases caused by increase fuel. (Petrol at all time high. For £1 a litre 16.67p VAT, 57.95 p Fuel Duty. petrol cost plus profit, 25.38p. Tax is 75% of the cost at £1 a litre). Sky high energy prices caused by a complete mismanagement of our energy policy, and wholesale sell off of our infrastucture (National Grid – EDF) to the French and Germans. Who now threaten to cut us off as part of fishing negotiations. And of course supply chain issues, a scenario manufactured by governments and bureaucrats. 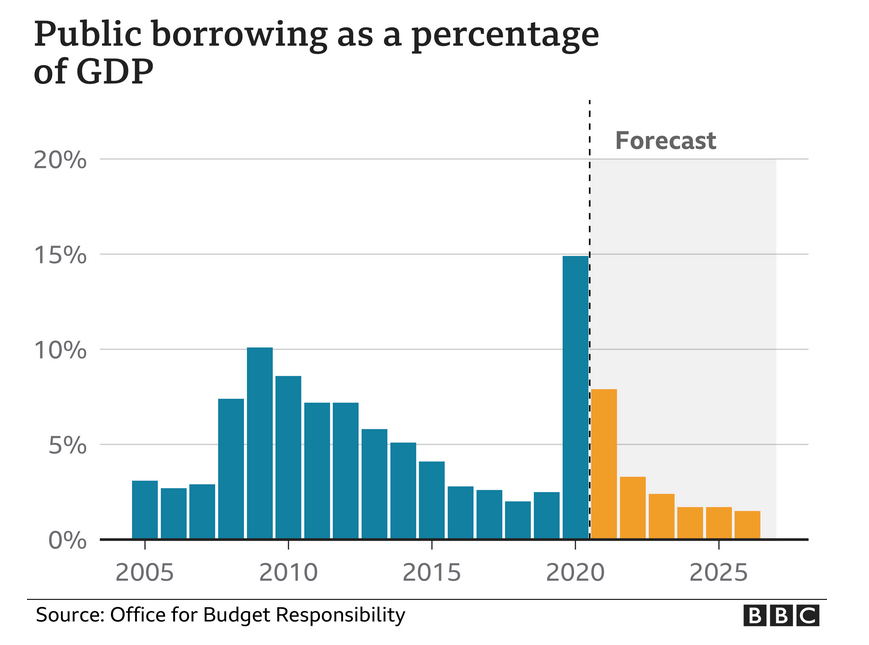 These forecasts always show downward trends. However the reality is that they will contunue to run up our National Debt, and leave the bill to our children and theirs. Fiscally Responsible? More like reckless.

Running the printing presses, creates inflation, which in turn erodes our savings and forces interest rate rises which increase our mortgages and cause housing market crashes with consequences for the banks stress testing ratios. This is what happened in the 2008 crash. It will be interesting to see how the Bank of England votes today.

Noone knows what will happen here. What we do know is that our government did four things.

Bottom line is that it was private Bio Tech firms that saved the day with the vaccines. So in this budget, the government has taken away from those who solve the problems, and have given it to those in their own image, the people who failed to protect us and often created the problems.

Interesting piece of stats below. The Government claims to have the highest growth. This is only because it is expressed as a % based upon upon the biggest low, created by their actions or lack thereof. If it was actual growth, the line to the right would continue to grow. Not collapse back to 1.6% 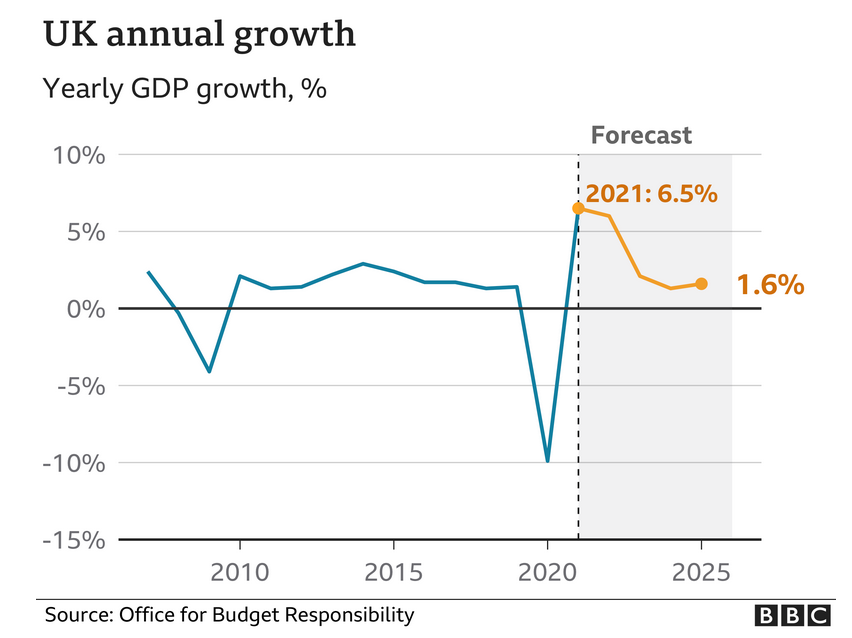 I hope that gives you an insight into what was going on behind the budget.

At the Chamber we are committed to raising the Quality of Debate.

“Educate and inform the whole mass of our people.
They are the only sure reliance for the preservation of our liberty.”